This time last week Dan and I were building bookcases, the weekend prior constructing desks. As I write this, I have a bookcase filling with books and a small step closer to unpacking the many boxes not just those from the old house but boxes already filled and in some cases never unpacked when I moved into the last house. It's brought me to a place where I can tackle head on the sometimes crippling sentimental attachment to the palpable nostalgia and memories evoked when in the presence of the items. In a world where we define ourselves by experiences, keeping these things reminds me of who I am, where I have been, and the evidence is the contents of the boxes. In themselves, they were selectively retained well at least not thrown away at the time, and now my active cache is full! There has to be room for 'now' life.
In recent years the accumulation of physical items has been reduced by the collections of files, documents, photos, videos, spoken audio and music. Some sit on the Internet my AudioBoo, my Instagram accounts, my Google Drive, Dropbox, Evernote and iCloud. Then there are the offline digital archives on external hard drives and old media storage, cassettes, floppy discs, CD-ROM (read only memory) and as the final bastion of the analogue legacy, paper.
I realised this wasn't about choosing what memories to keep it was about optimising the storage. What space can I afford this sentiment, this record? Can the resonant importance assigned to the physical stuff be digitised? It's only relevant to me. When I am gone, the objects will become just things. Without 'my context', they are inconsequential unless they have a cultural importance. That is a rare thing and not what any of my ephemera has. 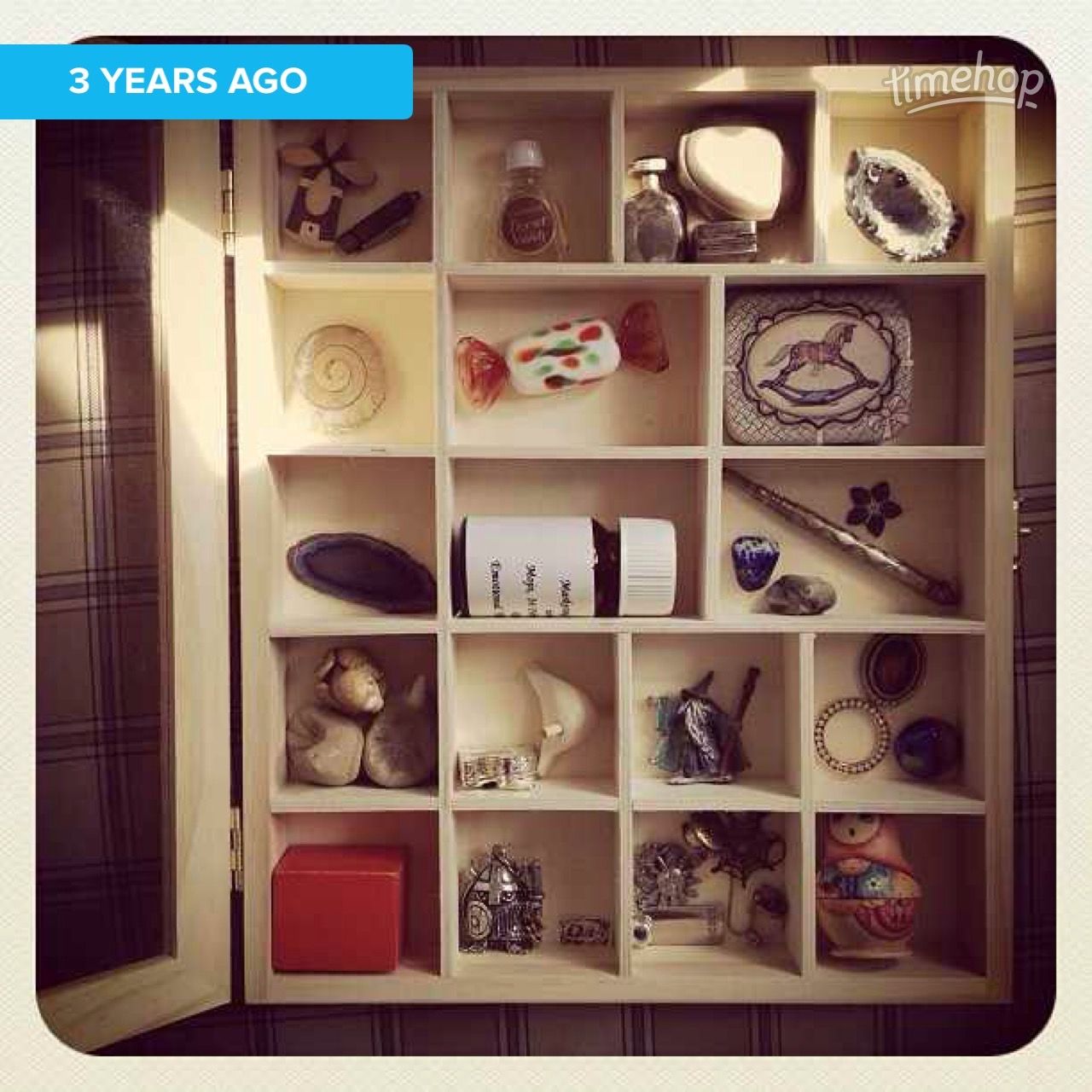 (pic above) My ‘Small Things’ collection - TIMEHOP 6th May 2015
#69unbox is about reducing items to digital files and occupying less physical space. Initially taking photos and on occasion with a collection of related bits, recording video. I can not capture the sentiment, that is within me, the recollection of moments, the knowledge gained, the lesson learnt they are me. I guess I feel the experience in a fresher way returning to the objects and have greater clarity than relying on the continued perception that my memory is inadequate. It's my source material!
Using the hashtag started a dialogue between myself and the innate desire to keep everything for fear of it's not yet realised necessity. This is, I know is untrue of a lot of what I have.
The first task is to identify the genuinely intangible, ephemera (my small things collection) and photograph them (some I am keeping) and if not retained, disposed of, or prepared for digitisation.
Round One!
I think Round One will occupy me throughout August.