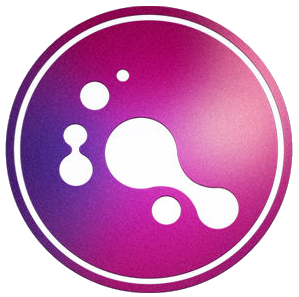 After bumping in to Jim Shorthose at a monthly Creative Quarter meet up I received an email asking if I'd like to deliver a PechaKucha slide set. "Pecha Kucha presentations should be simple and PowerPoint files only" I was told. I was then to read "Your presentation can be about literally anything. You can do whatever you want." At this point I began thinking of the potential.
What ever I want!
How often does anyone say that to you?
The result I had no idea what to do. A PechKucha deck should be 20 slides long. They can contain pictures, words, video clips, whatever, but there will be no sound facility on the day, other than your own voice. You should speak to each slide for 20 seconds. Time keeping on this 20 second rule will be extremely rigorous. The host will have a toy hooter and he will not be afraid to use it.
Me being me I took this very seriously. I really enjoyed preparing to tell this story, one I ofter recount when talking about the time I realised I had to go digital or eventually become unemployable. The slides are embedded above.
20 seconds, have to watched 20 seconds pass? Have you then talked for what you think is 20 secs to find 2 slides have transitioned. Its a skill. One I had a go at. One I really enjoyed. My story was about the period in time back in the mid-nineties when my analogue life met the digital world.
Short short version is Phono cable meets USB connector. I decided I needed to set a pace so I scripted and rehearsed the first 4 slides. The script is below. The rest I free formed with phrases to pick out as the slides transitioned through.
Slide 1
I'm going to take you back in time not the distant past but to a world different from today.
A 10 year journey, an awakening over which time my analogue life met the digital world.
It's a story of necessity, a quest for knowledge, a journey which changed my life. It doesn't finish with today…
Slide 2
It starts here in 1996 ... my life BT before technology
No dial up, No I devises, a phone was a phone and mine wasn't even cordless!
There are 5 channels on the TV and a video recorder. I could record one channel and watch another with simplicity.
Books were my Google
Slide 3
There was, what you might now call technology in my work place and this story is how that led inextricable to where I am today. It formed the bedrock of how technology enhanced life but the skills are still relevant today.
The prompt desk... switches have become buttons and the pre-sets are now programmed.
GO still executed a command and timing are constant.
With a manual, the time to learn, the interface the purpose of the tool is the same
Slide 4
Analogue life simplified by the emerging digital world.
The medium contained the media.
For the rest… you had to be there! :)

Projector are hosting two Summer Socials called Pecha Kucha Plus. (July has taken place just August 16th to go) These are aimed at those taking part, so in some ways only those not presenting are the secondary audience. I only realised this when writing this blog. Is it important to know you are in a secondary audience? Isn't that a spectator? Any way "they are a chance for participants to gain an insight into relevant creative networks; including short informal presentations, think pieces and opportunities to ‘mingle’ effectively." So presenters, audience and spectators? All finished simply with all parties equal at the free BBQ.
I'm looking forward to being a spectator next time. But edging in to engage a little with the presenters. Finding out more about them "beyond the business pitch" is really what its all about. I like to know the people I'm going to work with. 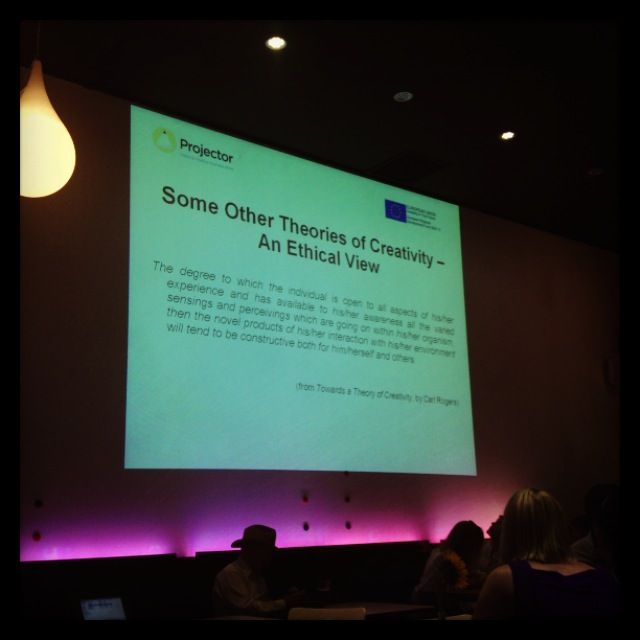 For those who like me had no idea what PechaKucha was this is for you. Well put by the Projector project team so copied from their promotional copy.
Based on the Pecha Kucha model the Summer Socials will explore the value of networking and collaboration. There will be a mixture of speakers and we aim to attract a mix of participants which includes creative start-ups, professionals within the creative industries, established creative businesses, graduates, students and academic staff.
What is Pecha Kucha? You may ask, well If this is all brand new to you, unlike traditional networking events, Pecha Kucha breaks down barriers to effective networking. Events are interactive, playful and inclusive and really make the most of networking. More information is attached and can also be found at www.pechakucha.org/faq .
Who's going? Summer Social 2 is Friday 16th August, 2pm - 4pm