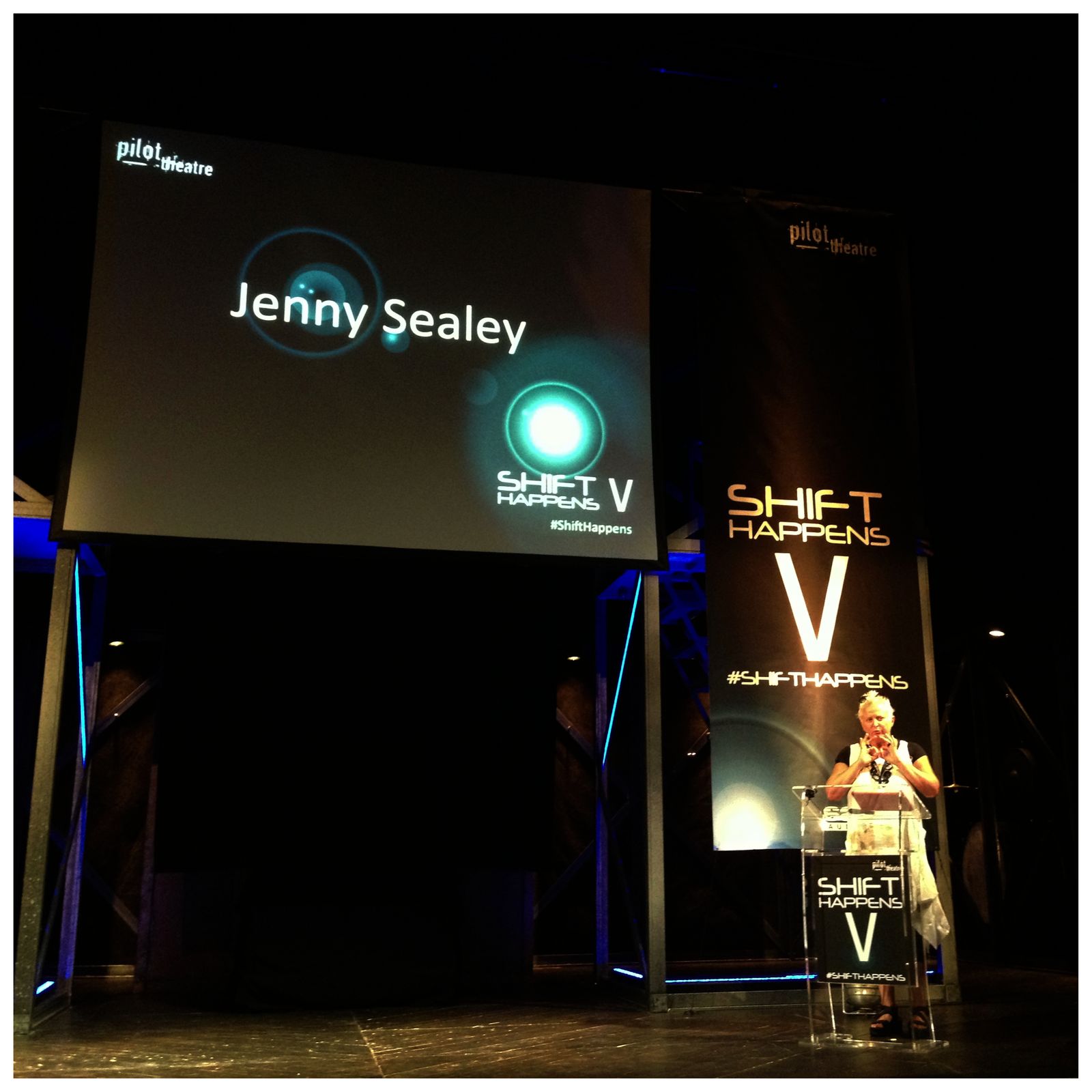 From the 20 sessions on the schedule, all of which were inspirational several have stayed with me as the days and now months pass. Pilot Theatre's culture and converging technologies conference ShiftHappens took place on July 8th. Around 150 people attended this 2013 conference hosted by Pilot Theatre's Artistic Director, Marcus Romer.
Jenny Sealey - Artistic Director of Graeae Theatre Company - and co-Artistic Director of the Paralympics 2012 opening ceremony was the 7th speaker of 7 in the post luncheon ReFrame session.
Graeae is a theatre company I've been aware of for some time. I never was really confident about how it was pronounced. Its a rolling word. This is one of those times when waxing lyrical about the complexities of pronunciation don't work. It doesn't matter how many time I write the word it will sound to you as You expect it to be pronounced.
Jenny Sealey provided the definitive "Grey Eye" pronunciation. So thank you Jenny and so delighted to hear you speak. She shared some triumphs, frustrations, stereotype battles, establishment blinkers, convention's ignorances and the main stream insecurities of non conformity.
I recommend you listen to Jenny in this first Shifthappens V video to be released.
I was captivated from the start hearing how text messaging changed her world. As a deaf person, Jenny's unconscious articulation of 'sign' as she delivers her talk gives an energy which spills over with her passion for performance theatre for both disabled and able-bodied unity in the arts. I particularly liked the 'Shift' sign action.
Uh oh, it looks like your embed code is broken.